Do you use Flickr to store and organize your photos?  Well, sharing these photos just got a whole lot easier. 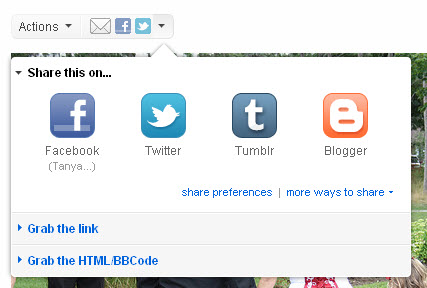 Some of the new features are: