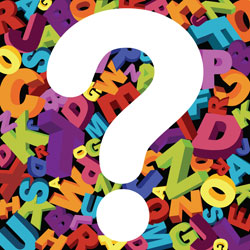 Well, it is almost Super Bowl Sunday and many people are just as excited to watch the commercials aired, as they are the actual game.  Super Bowl ads are probably outside your marketing budget since, the estimated price for a 30 second spot, that reaches about 11 million viewers, is $3.5 million.

I know the Super Bowl will be on at my house, although being in Canada, we miss out on many of the high budget American ads. So what do we do? We search out the advertisements and end up watching them on the internet.

My favorite commercial from last year is Volkswagen’s The Force.

I suppose I can relate. I have a son and husband who are obsessed with Star Wars, and who both “force” open the automatic doors at department and grocery stores.  But I can’t be the only one relating, since the VW video of the commercial on YouTube has almost 50 million views.  That is over 4 times as many viewers as the Super Bowl.  And what is the cost to post a video on YouTube? That’s right, free. I guess you don’t have to pay Super Bowl dollars to get Super Bowl exposure.

Can this sort of viral video internet marketing work for a small business?  Of course!  Even if you don’t have the Volkswagen marketing budget, you can still create buzz on your budget.

Tips for having a video go viral on YouTube

Make funny videos – Use humor to promote your products or services.  People love sharing videos that make them laugh. Animals and babies are very popular.

Make lots of videos – The more videos you make the more chances you have for one of them to go viral.

Make it short – Limit your video to 15 -30 seconds. People aren’t going to stick around to watch a long video and they certainly won’t share it.

Choose the best thumbnail – YouTube gives you a choice of a few thumbnails for your video. Be sure to pick the best one.

Promote the video – Use your social media reach to promote and share the video.

Don’t make the video too Ad-like – Your video shouldn’t be a “commercial” – think of it as a teaser to entice people to visit your site.

Don’t worry if your video isn’t professional quality – Most viral videos are shot by amateurs.

Is your company using YouTube to leverage your brand? What are your favorite Super Bowl commercials? Share your thoughts in the comments below.